In the future, we will live in “smart environments”. A smart environment is filled with smart objects, objects that can presumably react or show some sign of thinking. I have always been frustrated by this classification or trend, as it is redefining the word smart.  Does it also imply that some objects are stupid? Have we previously lived in a stupid environment? Etc… I am currently developing a learning platform for Internet of Things at my company Teknikio, so I should add that these concepts are extremely top of mind.

My original proposal for Dinacon was to create an environment in which the plants and trees could communicate with each other.  Upon arriving to the island,  I decided to d see what else might inspire me in this strange paradise.

I didn’t rule out the idea of a networked project though, and had brought several different bluetooth development boards just in case.

It started with the Mimosa plant. 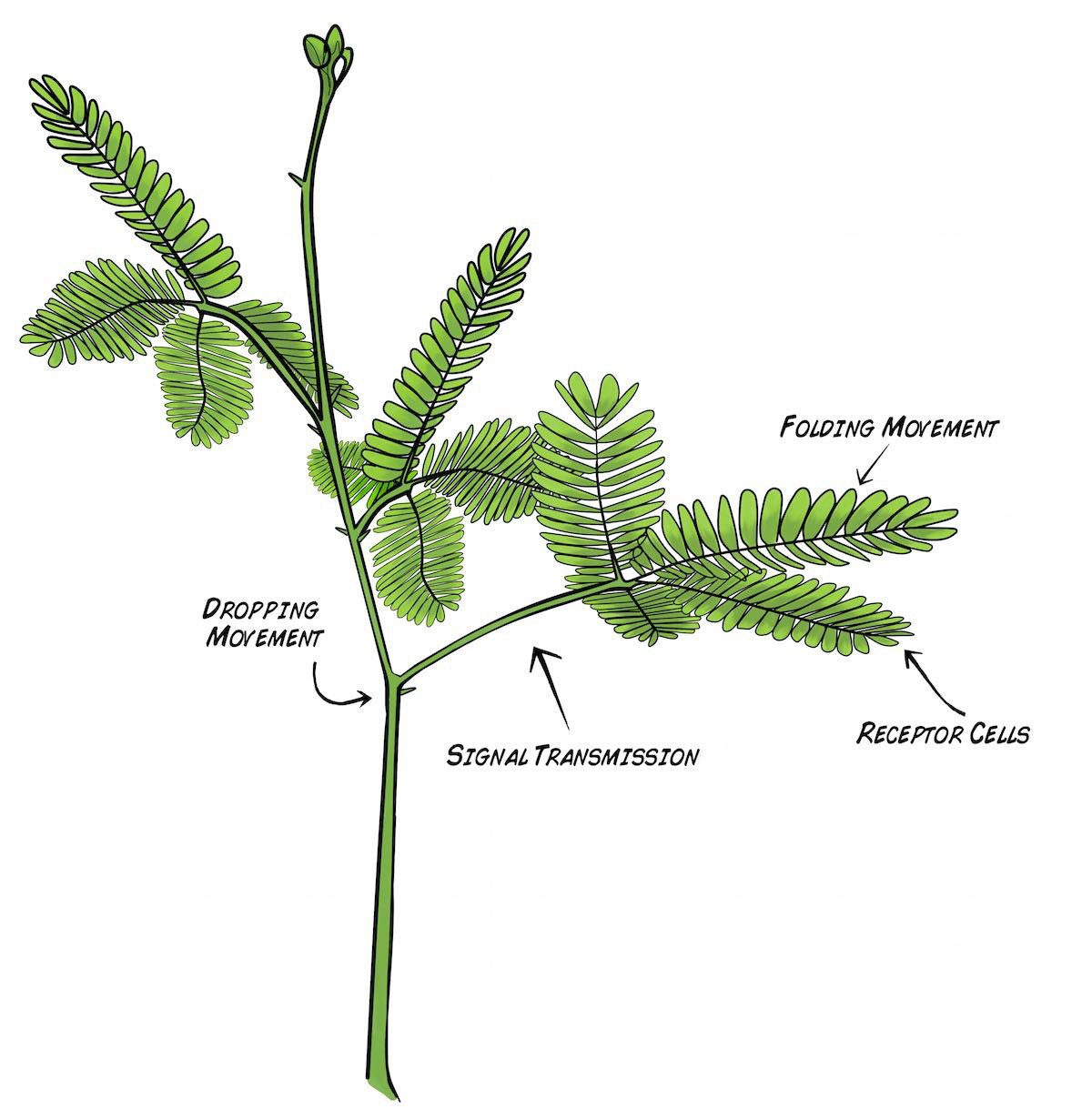 I had never seen one before and I was instantly fascinated by the way these plants that automatically closes its leaves. How does it decide when to close its leaves? Furthermore, is this a smart plant, or an emotional plant, or a robot plant? I decided the former- this plant is smarter than other plants that can’t control their leaves and just sit there like nothing happened when touched. What intrigued me most was that it felt like communication. And so, I started to look for other elements of non-human natural behavior in this environment that felt like communication. I started by exploring how to express this system of harnessing naturally smart things for our own digitally built “smart” environment. I decided to build a prototype of a natural to digital communication system in which a sensor would collect data from the mimosa or other “naturally smart thing”. This data would be transmitted via bluetooth to a human-made device that activates in response to incoming communication signals. Somewhat like this diagram:

I found some neat rip-stop in the scrap fabrics pile and folded it up into a herringbone origami shape, that could contract and expand and glued it to a base of woven palm leaves. I then attached a servo motor to the base to pull on the rip-stop, the idea being that the servo would move the ripstop to open and close the shape in response to the intensity of the incoming signal. The first signal I used was that of waves rising and falling. Although this is quite literal, it also communicates to us the coming of a storm and other environmental information. I used a float sensor that Yannick uses on the Diva and a micro:bit microcontroller to capture the data. Below is the first version of this system that was built at Dinacon:

A bit rough, but worked for a proof of concept! I would love to build a family of these objects and place them around the island. Looking forward to next time!